Explore | Things To Do 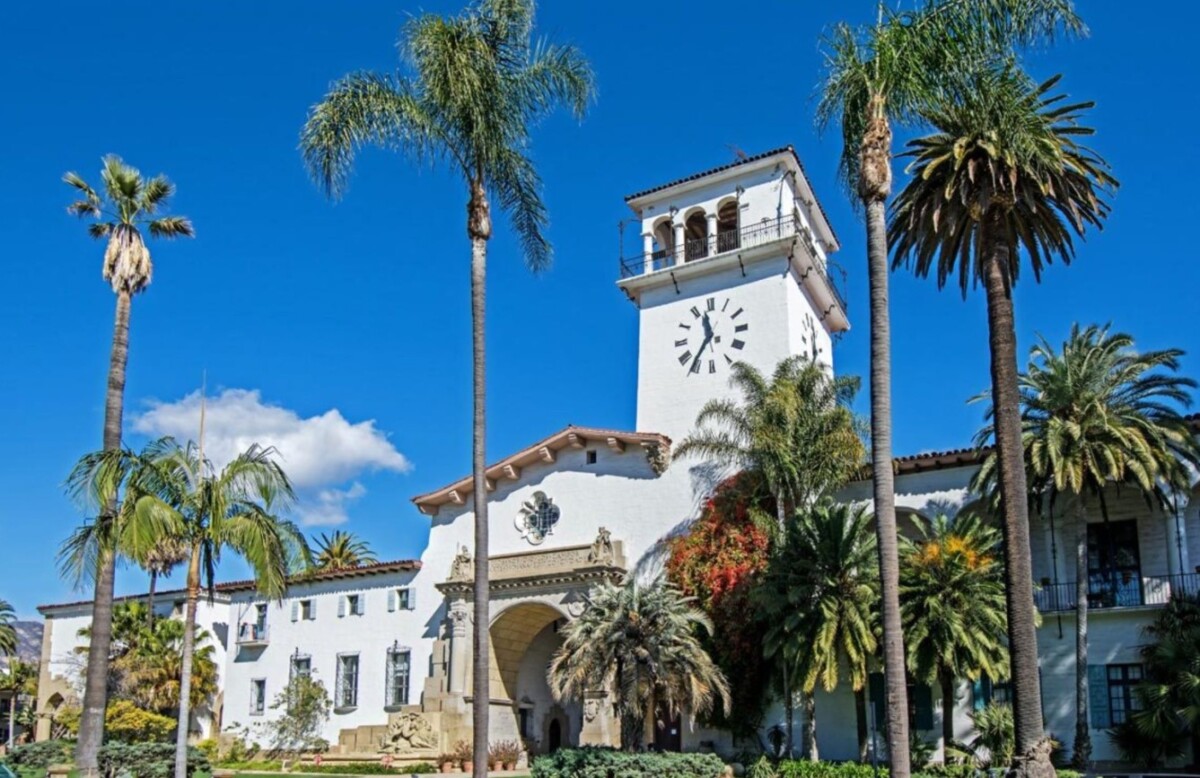 Learn about this iconic centerpiece of downtown Santa Barbara. Among the most beautiful courthouses in the United States.

Designed by William Mooser II in the Spanish Colonial Revival architectural style, this working courthouse is surrounded by landscaped gardens and lawns. Completed in 1929 following an earthquake that damaged much of downtown, it is a symbol of Santa Barbara architecture, with its white walls, arches, colorful tiles and red tile roofs. It resembles a Spanish Castle, bounding 2 1/2 sides of a city block, surrounding a large Sunken Garden.