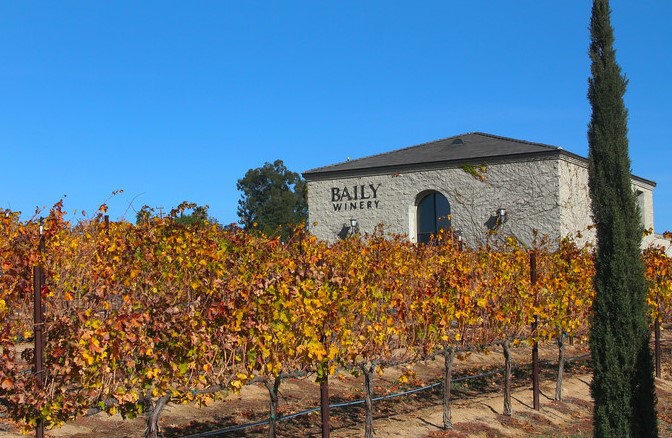 After a 15-year stint as a Consulting Actuary, Phil Baily, his wife Carol, and two young sons sold their home in the Los Angeles suburb of San Marino and “moved to the country” specifically, Temecula, California.

The Bailys opened a small winery in 1986 with the goal of producing outstanding wines that could stand with the best in California.  Over the ensuing years they acquired or planted 25 acres of prime vineyard land and built a larger state-of-the-art winemaking facility, while Phil perfected his winemaking techniques to produce wines that best reflect the unique terroir of the Temecula Valley.

Specializing in wines made from the traditional Bordeaux varieties, most notably Cabernet Sauvignon, Phil crafts his wines to produce an “Old World Style” characterized by restrained alcohol and higher acidity, emphasizing elegance and finesse as opposed to boldness and power.  To this end, the grapes are picked at moderate sugar levels and the wines undergo longer barrel aging to produce more complex, less fruit-forward aromas and more integrated tannins.

Inventory is managed so that over ten years of vintages of Cabernet Sauvignon, Cabernet Franc and Meritage are available.  Visitors to the Estate Tasting Room have the opportunity to partake of vertical tastings of these wines and purchase them for further aging in their own cellars.