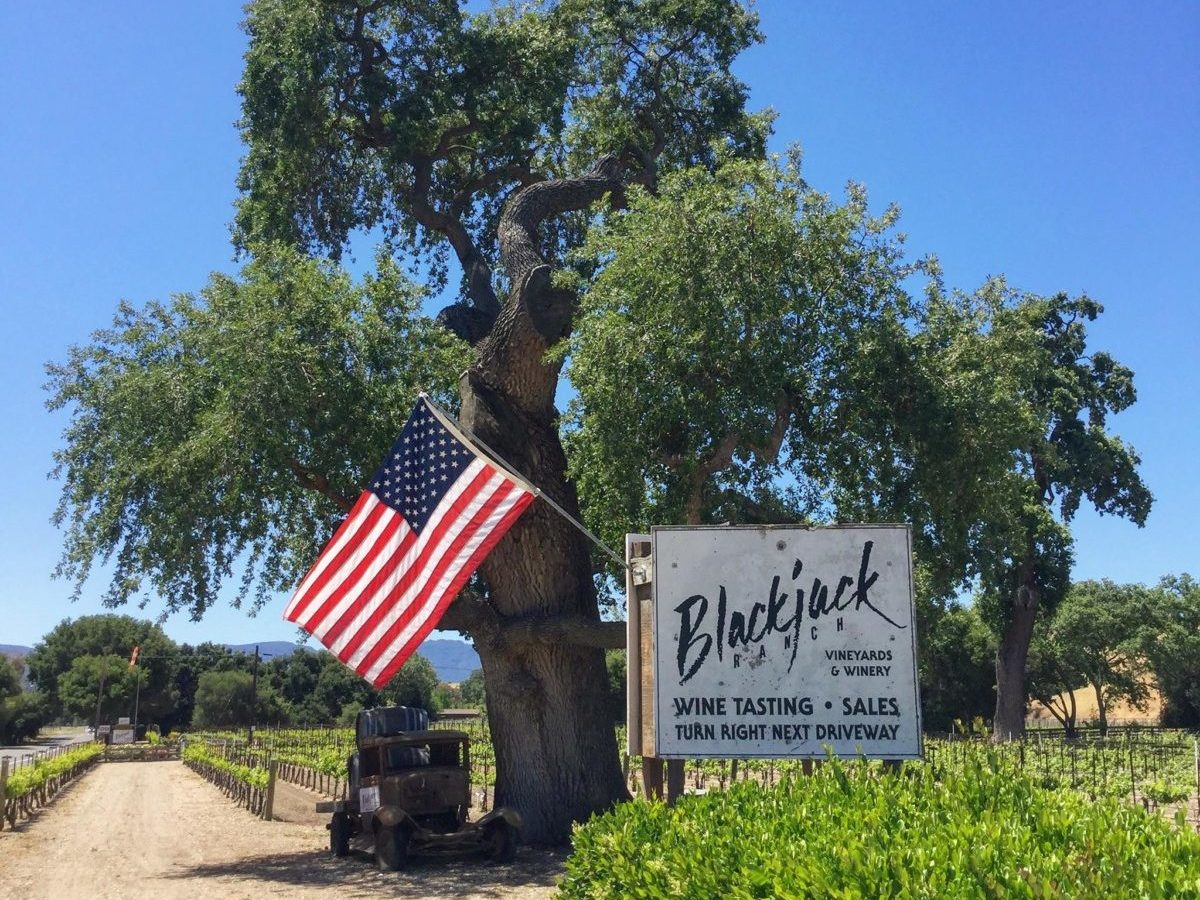 Blackjack Ranch is the product of 30 years of imagination and preparation. At the age of 14, I began studying the wines and wine making of France and California. Two years later, I was fermenting small batches of wine in the produce section of my parent’s grocery store. By 17, I was collecting the wines of Bordeaux and Burgundy. Passion for all aspects of wine enabled me to envision the character of the wines I eventually intended to produce. In 1990, I invented and introduced a casino card game called “California Blackjack” in Los Angeles. The standard game of “21” was outlawed in California in 1873, but my game was different in that two aces was a “Natural” and technically that made the game “22”, not “21”. The vineyard was planted in 1996 and is named in honor of the game. Our first production vintage was 1997. The Tasting Room opened in 1999.

The World’s most respected wine critic, Robert Parker, Jr. awarded Blackjack Ranch a Five-Star rating for the production of Bordeaux varietals, specifically Billy Goat Hill Merlot and for Harmonie. We are one of only two wineries outside Napa/Sonoma to achieve his highest ranking. In issue #148 of The Wine Advocate, Robert Parker included the following pronouncement: “Blackjack Ranch is one of the best-run wineries in Santa Barbara. Proprietor Roger Wisted clearly looks to France for his inspiration. His wines possess all the flavor of California yet more elegance and complexity than is typical for many of this state’s wines. Wisted fashions the finest Bordeaux- Blends of the region.” He awarded us the area’s highest scores for Syrah and for Chardonnay. In issue #149, Parker quipped, “Proprietor Roger Wisted is a connoisseur of French wine, and there is no doubting those wines influence what he is trying to achieve from his hillside vineyard just outside of Los Olivos. His chardonnays are some of the finest from the region!”

Thanks for visiting us and please enjoy our wines!