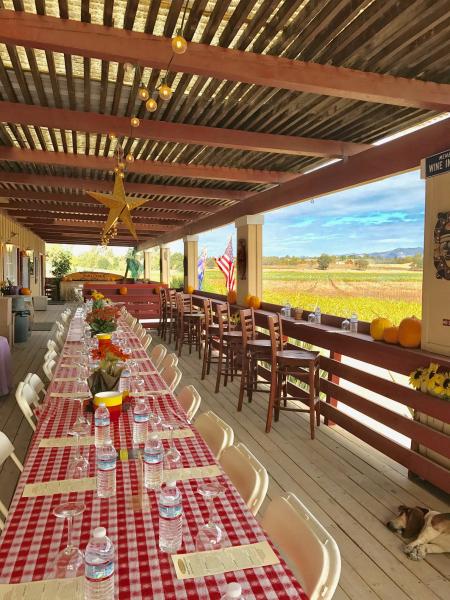 Nestled among hundreds of acres of rolling vineyards is the original Kalyra Winery. With some of the most sweeping views in the Santa Barbara wine country, Kalyra Winery offers a laid-back beachcomber’s vibe to its tasting room and gift shop. You’ll be served from the bar featured in the ‘Sideways’ movie, and enjoy browsing the extensive Kalyra Boutique, located next to the tasting bar. Its full-length deck and side lawn offer a fantastic, tranquil picnic spot for your full tasting day as well.

The Story of Kalyra and Mike Brown:

The vineyards you can see out the winery’s window are special. Planted in 1968, they were part of the original ‘Vina de Santa Inez’— legendary in these parts for what many credit as the inaugural vineyard in Santa Barbara County. Meanwhile, on the other side of the world, Mike Brown was working in the vineyards of Australia’s Barossa Valley. His viniculture studies at UC-Davis opened doors in the ever-growing wine region of Santa Barbara. In 1989, Mike’s first label was introduced: Kalyra, a translation from the Australian Aboriginal meaning ‘A Wild & Pleasant Place.’ Its fun, international blends made the label wildly popular, and in 2002, this tasting room opened, reflecting the same qualities as its root meaning.

So popular was this new destination that it attracted the attention of movie producers working on comedy-drama film about the Santa Barbara wine country. The movie, ‘Sideways,’ was a perfect fit for the funky Kalyra vibe, and its tremendously successful release in 2004 thrust Kalyra into the national spotlight.

Despite the publicity, Kalyra stayed true to its original roots of a laid-back atmosphere; an international flair blending the best of Santa Barbara varietals with Australia, Portugal, France and Spain; and value-priced wines that wine aficionados of all levels enjoy. It continues to be a destination for wine enthusiasts around the world on a mission to find: ‘A Wild & Pleasant Place.’

Pet Friendly Outdoors and on Leash